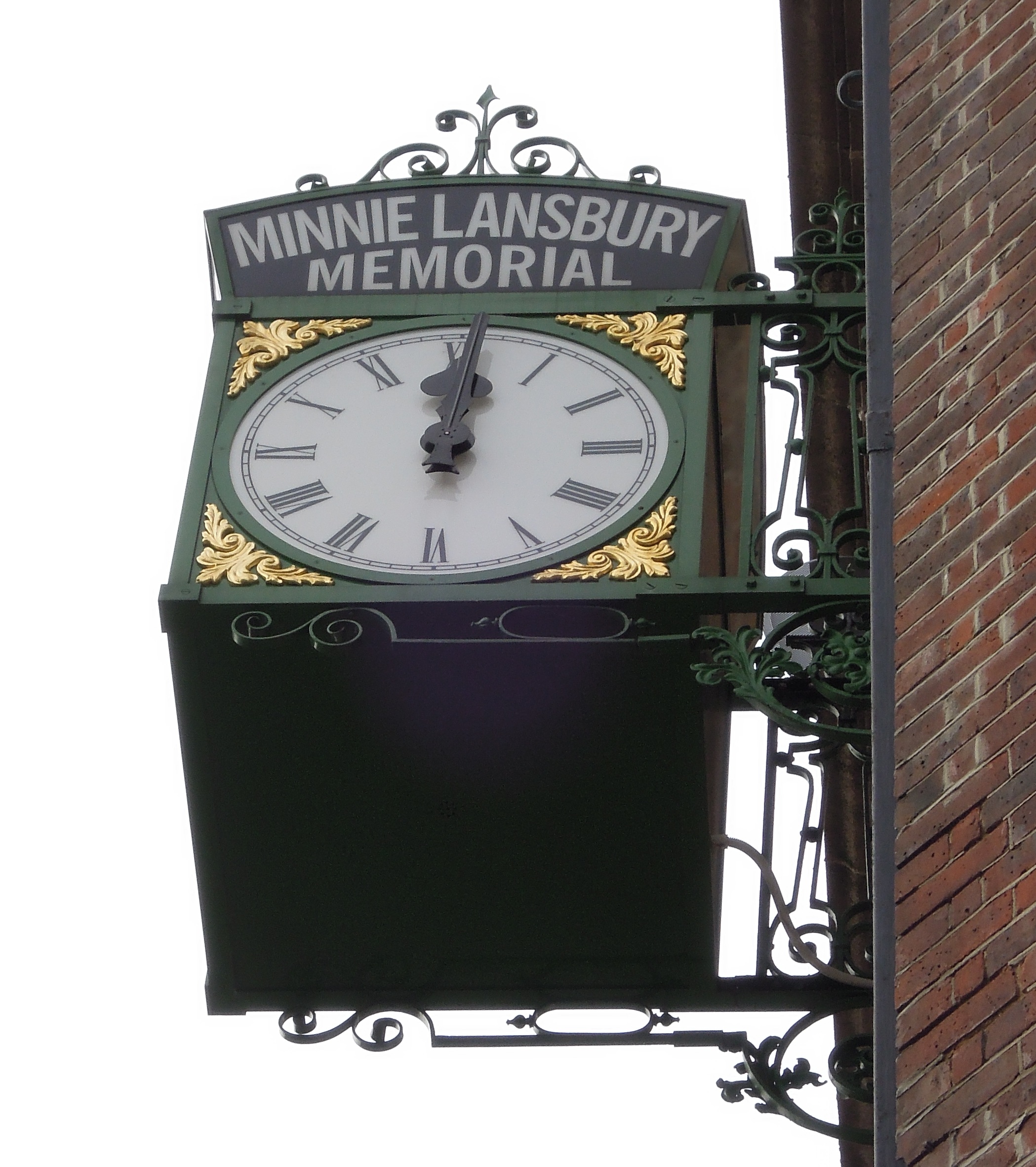 Lewisham Cyclists began to gather at the cafe in Ladywell, quite early on a beautiful International Women’s day morning, ready to believe that winter was finally done with us and a spring and summer of sun kissed rides was on its way.  Ten of us set off along the Waterlink Way to Greenwich where we were met by another ten.  At this point, Sidney and Mary left us as they were hosting a big party that day…the day was so lovely they had just had to get out, say hello and stretch their legs for a couple of miles at least.

So eighteen of us managed to squeeze in the lift with bikes, plus another cyclist who looked slightly alarmed by the suggestion she accompany us on the whole ride!

Both lifts working, so we emerged from the other end in Island Gardens with plenty of energy for the 30 miles or so to come.  Along the riverside first for a bit, although the last bit before Canary Wharf is still closed due to the building of the last tower development here.  This necessitates an unpleasant, though short and safe whirl around the subterranean roundabout, or a sharp right crossing on to the ramped road up to the top and then lift or stairs back down to the riverside.  Roll on the finishing of this development and the reopening of the riverside path. This looked a bit hard on the knees!

Then on to the canal, this end of which and at this time was fairly quiet, just a few walkers, joggers and dogs to look out for.  They all have priority over cyclists, so a slow, leisurely  pace kept us all happy. There were a few other cyclists around, all very well behaved and considerate.  This guy in the photo looked like he needed to upsize a bit. The canal can be a tricky place to ride…it’s narrow and can be busy.  I would not normally bring a large group to ride all the way up to the Islington tunnel, even though that makes a great leisure ride, but it was still early and we were riding the less popular part, between Limehouse Basin and Victoria Park, so it was a pleasant and sociable jaunt.  Any later, or further north to Hackney and Islington, it gets much busier and less suitable for a large group of riders. We turned off into Victoria Park.  We were now in the borough of Tower Hamlets where the women’s history exploration part of our ride was to take place. Interesting sculptures in the park

As we rode through we could see this rather elaborate fountain which stands in the middle of the park.  This is the Burdett-Coutts fountain donated by Angela Burdett-Coutts, one of the richest women of her time, who gave away much of her wealth.  Burdett-Coutts founded Columbia Rd market  in 1869, and it was in Bethnal Green,  where much of her philanthropic work was carried out.  With her project in Columbia Square she became a pioneer in social housing.  Through her support of missionary and nursing efforts she was associated with Florence Nightingale.  She was also a friend of Charles Dickens. We then left the park, and made our way along Gunmakers Lane to its junction with Old Ford Rd.  On the wall of a rather dull group of flats is this plaque, which could be easily missed. It’s one of very few reminders, considering their historical significance, of the Pankhursts and the whole Suffrage movement which was incredibly strong in the East End, which had its own active branch, the ELFS (East London Federation of Suffragettes), set up by Sylvia Pankhurst.  This organisation adopted a far more socialist approach to universal suffrage than the WSPU (Women’s Social and Political union) had done.  Christabel and Emmeline Pankhurst were somewhat dismayed by sister and daughter Sylvia’s more left wing tendencies.  She increasingly concentrated her activity on local campaigning with the East London Federation and had many disagreements with the route the WSPU was taking: while the WSPU had become independent of any political party, she wanted an explicitly socialist organisation tackling wider issues than women’s suffrage, aligned with the Independent Labour Party.    In 1914 she broke with the WSPU to set up the ELFS, which over the years evolved politically and changed its name first to Women’s Suffrage Federation and then to the Workers’ Socialist Federation.  She and her organisation were vehemently against the war, unlike her sister and mother, and hid conscientious objectors from the police.

After musing on this women’s amazing life, we moved on to our next site, a reminder of the struggle of a large group of poor working  women to improve their desperate working conditions, the matchgirls of Bryant and May.  The factory still exists, unlike the Gunmakers’ Arms, but it has now been, somewhat ironically, converted into luxury flats and apartments, with its own private gardens and leisure centre.  The matchgirls could never have envisioned that the dirty, crowded factory where they worked with the dangerous contaminant, phosphorus,  cause of the dreadful disease fossy jaw, from which many of them suffered, would one day house the rich and privileged in luxury. Annie Besant, a social campaigner and speaker of the time,   was horrified when she heard about the pay and conditions of the women working at the Bryant & May match factory.

The following day,  she went to Bryant & May’s factory and interviewed some of the workers.

The women earned 1s. 4d. for a sixteen hour day whereas the 1847 Factory Bill limited the day of work to 10 hours. However, they did not always receive their full wage because of a system of fines (from three pence to one shilling imposed by the Bryant & May management) on talking, dropping matches or going to the lavatory without authorisation. The women worked from 6.30 am in the summer (8.00 a.m. in winter) to 6.00 p.m. If workers were late, the fine was half-day’s pay.

In 1888, Henri Hyde Champion joined with Annie Besant and a socialist journal, The Link, helped the Matchgirls Union to win over the Bryant & May company. And on 23rd June, Annie published ‘White Slavery in London’ in The Link. The article drew attention to the dangers of phosphorus fumes and complained about the low wages paid to the women who worked at Bryant and May.

Three women who supplied information for Besant’s article were fired. Then the women at the firm decided to form a Union and stage a strike.  Besant became its leader, she helped Bryant & May workers to organise the Union with George Bernard Shaw as treasurer.

On 21st July, 1888,  Bryant & May agreed to the requirements of the match girls : re-employment of the fired women and end of the fines’ system. The strike stopped and for the first time an unskilled workers’ union had triumphed in picketing for increased pay and better working conditions. This was the beginning of the formation of  unions all over the country.

After a while we moved on, through the narrow back streets of Tower hamlets, mostly lined with late twentieth buildings and industrial units now,  just a few remnants of the 18th and 19th century terraces and public buildings here and there which have managed to survive, first, the Blitz and then, twentieth century planning decisions.  We rode down Alfred St to Bow rd, where, on the corner of a 1930’s block known as Electric House, can be found this: The memorial to Minnie Lansbury

Minnie was the daughter of a Jewish coal merchant.  She married George Lansbury, who became Mayor of Poplar and later leader of the Labour Party, but she had a strong and influential political career herself as well as a teaching career. She joined the east London suffragettes in 1915 and was elected alderman on Poplar’s  first Labour council in 1919, at a time when she was not able to vote herself, since full women’s suffrage was not granted till 1928.

In 1921, she was one of five women on Poplar Council who, along with their male colleagues, were jailed for six weeks for refusing to levy the full rates demanded by London in the poverty-stricken area.  The London rate did not take into account the differentials in wealth between different areas.  The burden of rates upon Poplar, with high rates of unemployment as the Great Slump began to bite,  was far greater, proportionately, than the burden on far richer boroughs such as Kensington and the City.  It was not the first time she had been imprisoned for her beliefs.  She had been sent to jail several times before for her women’s suffrage activities.  Conditions in Holloway at that time were dreadful and her health suffered badly.  Although the councillors protest was partially successful, with other councillors in similarly poor areas threatening the same actions, Minnie’s health was broken, and after her release , she developed pneumonia and died in 1922.

The Memorial Clock was paid for by the public soon after her death,  but became neglected during and after the war.  It was restored in 2008 and re-fitted on Electric House.

Our last historical staging post was to be the very Town hall where Minnie and her fellow councillors were arrested and led off to prison, the old Poplar Town Hall on Poplar High St.  It seems strange, and sad,  that there is nothing on this rather attractive building to mark its historical significance in the history of working class Poplar. Even stranger and sadder that it seems this lovely public building has been sold at a knockdown price to a private developer.  Apparently, I am far from the only person who shares this view and there is to be a Panorama programme investigating this sale in the near future. Now it was back to just riding our bikes, through Poplar to Limehouse Cut where we got back on to the canal. Over bridges, past Three Mills and under the infamous Bow flyover, we headed up to the Olympic Park, which is still not quite fully open.  We lunched here, in the sunshine, then headed south on to the Greenway to just past the amazing old Victorian pumping station, where we headed down through the back streets of Canning Town, to the Royal Docks We rode along the south side of the dock, turning off to head through Silvertown along the cycle path.  The wide dual carriageway was absolutely empty here!  We sailed across it to join the cycle path and took a quick look at the memorial to those who died in Britain’s biggest explosion at Minoco Wharf.  During the evening of 19 January 1917 a fire broke out in the TNT plant here, making explosives for the Great War.  The ensuing explosion was massive.

A large part of the factory was instantly destroyed together with several nearby streets. The explosion was so great that red-hot lumps of metal rained down on the surrounding area and started fires for miles around.  73 people died and hundreds more injured.  Read more information here.  http://www.portcities.org.uk/london/server/show/ConNarrative.60/chapterId/1156/Londons-biggest-explosion.html Then onwards to the Woolwich Ferry which was to return us south of the river. Once over the river, we followed the riverside path back to Greenwich, where the group said its goodbyes and went its separate ways, some homewards, some to Deptford to share a final drink together at the Bird’s Nest pub where we sat outside in the sun and chatted till near sunset.  A great ride on a beautiful spring day which I hope was as enjoyable to be a part of as it was for me to lead…thanks to everyone who came along.