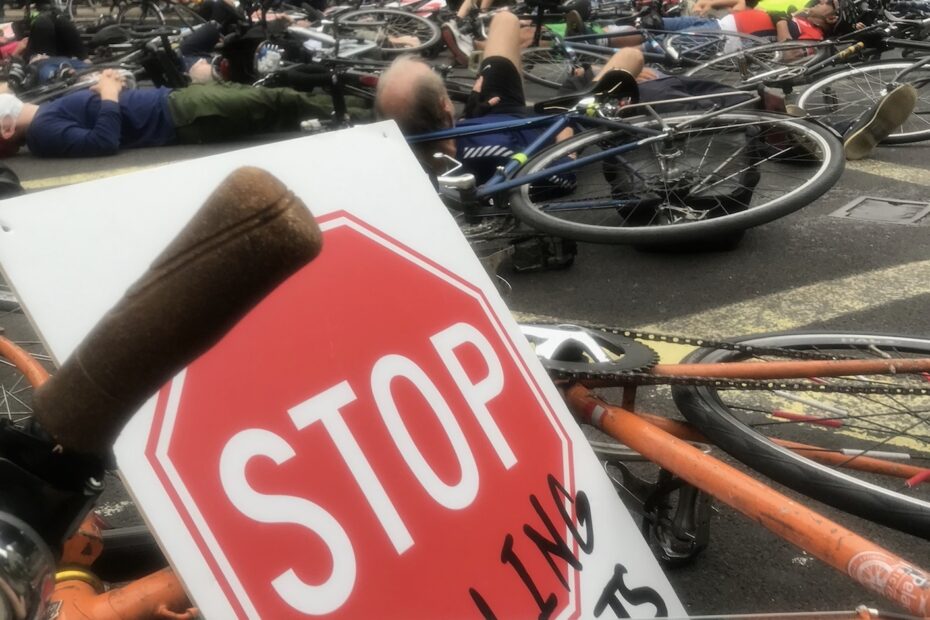 Six people die in Plymouth. Terrible, terrible tragedy and obviously headline news. People begin discussions again about further regulation and control of guns and who can own them and for what purpose. After the Dunblane massacre in 1996 there was intense public debate about gun control laws, petitions for a ban on private ownership. Eventually, there was an official inquiry. New Firearms Acts were passed, outlawing the private ownership of most handguns within the United Kingdom. And since then gun deaths have declined sharply. Halved in fact.

But even before all this public debate, publicity, government action, around 250 a year died from gunshot. In total, all deaths from guns, including accidents, which the vast majority of those deaths are. It’s now less than half that.

Yet, thousands, yes thousands, die on our roads annually and most of those deaths pass unremarked. No huge public outcry, no mass national petitions, no nationwide media call for change, or more controls on the cause of those deaths.

Every so often, however, some of us can’t bear this awful disparity of concern for human life any longer. Something happens that makes some of us say: Enough!  This cannot be allowed to keep happening unremarked, unnoticed. These lives were important and now they are ended. Too soon. And we could have prevented it.

The killing of Marta Krawiec on the junction of Southampton Way and Theobalds road was what happened this time.  The seventh person to die in this particular area just riding their bike.

Like all those people, Marta was a Londoner with a life full of service to the city she lived in and its people. In losing them, London has lost so much and their loss could and should have been avoided. The fact that Marta was the seventh person to die on these roads means those who have the responsibility to keep us as safe as possible when we use them, already knew they were not safe, knew the design was not fit for purpose and put vulnerable road users in dangerous situations. And they’ve known that since the first person died there.

For me, personally, and I suspect for many others at Fridays protest, it was also about anyone and everyone who has been killed or suffered serious injury at so many junctions across the whole of the city. If not even more, all those people across the country who have been killed because a road was designed that valued their lives as worth less than facilitating motor traffic flow, prioritising motor vehicle movements and driver convenience over human life.

I spent some moments during the minutes silence at the protest also thinking about those who have died and been seriously injured at Lewisham’s dangerous junctions too. Lewisham Gateway, Deptford Bridge, Catford Bridge to name just three. These protests are, tragically, about more than just one junction, one tragedy.  It’s happening every day in our country.

No one should die or suffer serious injuries in this way. It is possible to design all urban junctions in ways that make collisions resulting in vulnerable road users dying or suffering serious injury, almost impossible. It is appalling that we still have dozens and dozens of junctions our local councils and TfL have left in a state where it’s up to the vulnerable road users themselves to try and make sure they use the junction in ways which might, if they are lucky, minimise the danger to themselves, rather than remove the risks by changing the design.  I’ve been campaigning on these issues all my adult life and I’m at an age now where, if action is not taken immediately, I probably won’t see my local area’s dangerous junctions made safe for vulnerable road users. I don’t want to attend another protest, another vigil, another die in marking the loss of yet another life that could and should have been avoided simply by better road design.  But I also know that the changes we have achieved so far in London that do make some areas and routes so much safer, and even pleasant and enjoyable places to cycle and walk, have only been achieved because we said “Enough” in this way in the past.

The acceptance by transport authorities that blue paint on the roads was not enough to create safe space for cycling only began when we protested and said “Enough” when the deaths of so many riders in 2013 led us to vigils marking those who died at Bow roundabout, and elsewhere across the city.

We said “Enough” on Blackfriars Bridge, where Vicky McCreery was killed in 2004.  We protested there, telling TfL their plans to change it weren’t good enough and would not stop more people being killed. Now ride across Blackfriars Bridge and it’s real proof that shouting, “Enough”, that joining together in active and engaged non violent protest really does work.

I’ve lost count of the protests and vigils I’ve attended, the meetings with transport officers, developers I’ve attended, the articles and web posts I’ve written to try and get the lives of vulnerable road users valued. Any campaigner of my age will have done the same. Progress may be slow, it may not yet be sufficient to keep everyone safe, across the whole city yet, but it does work. I’ve seen things change for the better in my lifetime. And if we keep on shouting “Enough” whenever that callout to power is needed, I do believe one day, we will be living in a city that’s far less congested, far less polluted, with streets everywhere we can walk and cycle safely, without fear.