Contractors for Cycleway 4 (C4) have made quite a lot of progress since our last update. If you’ve missed our earlier blogs on C4 then you can find them here. We thought it would be good to provide a round up as we reach the end of the year.

Heading East from outside McDonald’s on Bestwood Street (at the borough boundary with Southwark), there is now a largely complete two way cycle track as far as Grove Street, with a smooth surface and generous width considering the constraints. It can be seen from just beyond the barriers in the picture below. We would expect this bit to change once Southwark Council begin construction on Lower Road, although this seems to have been pushed slightly back in light of funding negotiations between Transport for London and the Department for Transport.

However, seeing as the route is yet to officially open and is still a construction site at certain locations those choosing to ride along Evelyn Street are still using a main carriageway as pictured below. You can also see the bus stop bypasses, where the cycle lanes go behind the bus stop, which is on an island connected by a zebra crossing. These are now fairly common in Central London, but seen here in Lewisham for the first time.

The sections nearer to Rainsborough Avenue show how the new layout will look, with C4 getting priority over side roads, meaning turning traffic will give way to those on C4, as illustrated below. Again, this kind of layout has been seen elsewhere in London for years, but is new to Lewisham.

Oxestalls Road has now been closed for several weeks to allow for construction of the new crossings and mini roundabout. This will help to maintain bus journey times through the completed scheme. The roundabout construction and repositioning of the carriageway has now been largely completed, along with the outline for the approaches to the new crossing at Oxestalls itself, where kerbs have been laid. The crossing itself is still a work in progress with cabling, drainage and utilities work all ongoing at time these pictures were taken. You can use the slider in the image below to show what it looks like before and currently (we’ll update the after image when it’s finished). 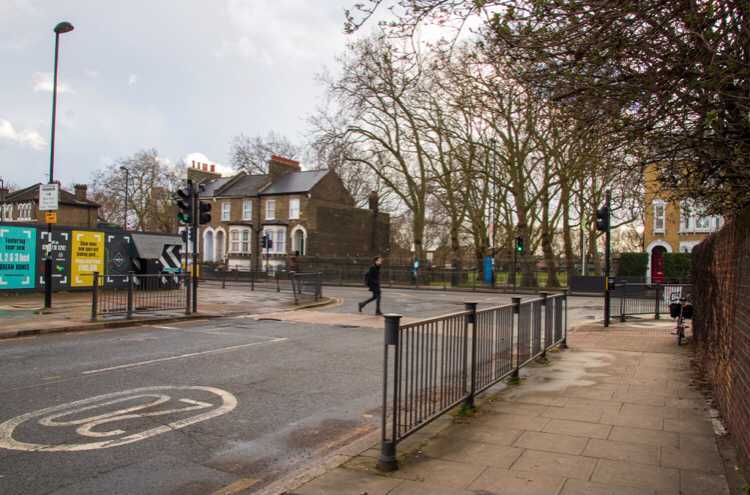 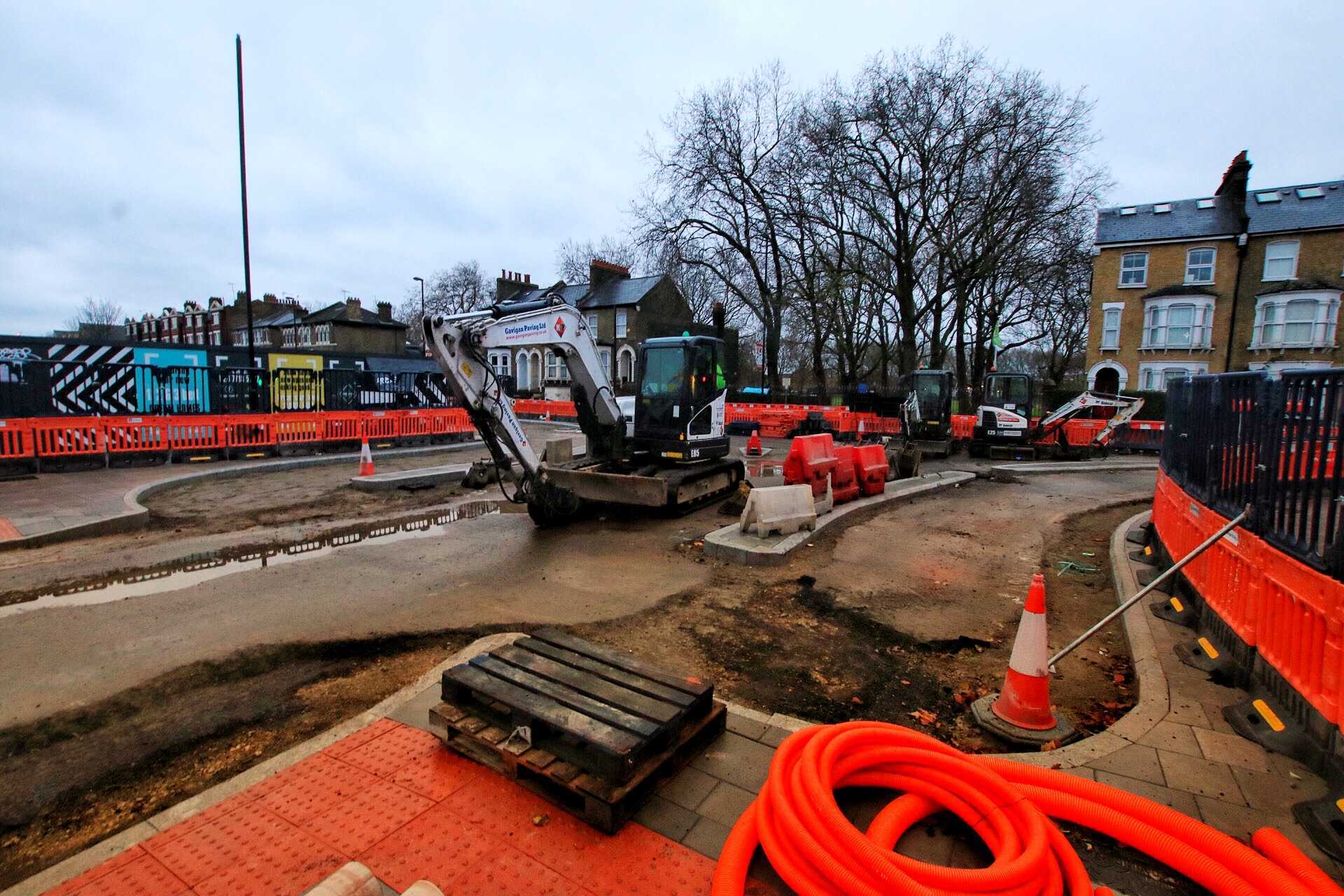 A lot of the pavement replacement and relaying has also taken place this month, with the new wider pavements outside Deptford Park Primary School to begin to appear over the coming weeks. It’s currently a work in progress where the contractor (facing camera with white hat and beard) is standing.

The following pictures give you some idea of progress made this month on Evelyn Street just beyond the Blackhorse Bridge. We can see here outside the fire station that the two way cycle track is starting to take shape (right of picture) as the new kerbs are installed.

We do have some concerns about drivers ignoring the numerous read signs telling them “DO NOT OVERTAKE CYCLISTS”. The contractors and Transport for London are meeting us in the New Year to audit the works as they progress. If you or anyone you know riding along Evelyn Street happens to experience a close pass, then please report it to the Met Police here and let us know, so we can also follow up with both the Met and TfL.